Racking up the degrees

Well, well, another graduation was held yesterday. This time it was the author son Mark, who received his second, yes second, Master's degree. A Master of Arts in Communication and Culture.

Here he is patiently waiting for his name to be called. (Sorry that the photos are not that clear but we were sitting in the balcony and the zoom on a little Elph only does so much.) 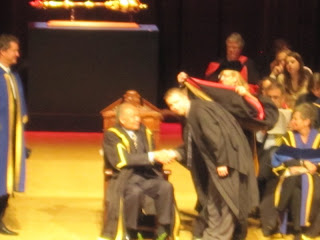 I attended the ceremony with his wife, Kate and we both were so busy taking photos that we missed noting why the audience laughed at this point. Even the Chancellor chuckled. It was after we looked at what our cameras caught that we realized what a photo op we captured. (Note: the lady to the right of Mark is placing the hood over his head.) 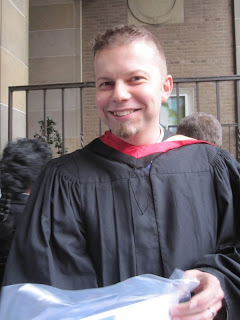 Outside, just after the ceremonies with that important piece of paper. The only un-posed photo that was taken. 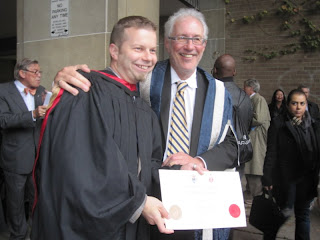 Here he is with the President and Vice Chancellor of Ryerson University, Sheldon Levy. 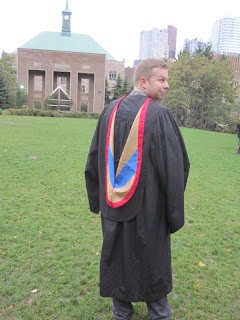 Here's the master's hood (that's the the v-shaped 'cape' that is placed over the head of each graduate during the ceremony - see photo above.) 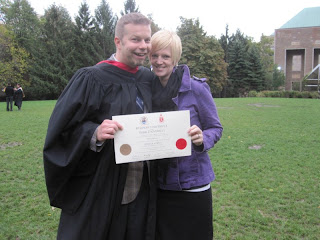 Mark and his lovely wife Kate. These photos were taken in the Quadrangle and the facade to the right is the only remaining part of the original Department of Education/Normal School of the 1850s. 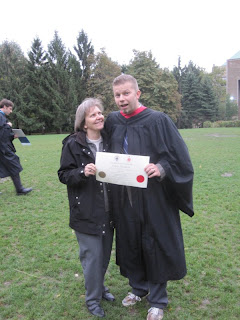 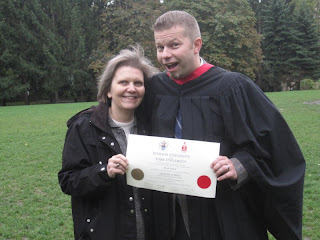 Proud mother and son. There are two distinct seals on the degree because the program was a joint one with Ryerson University and York University. 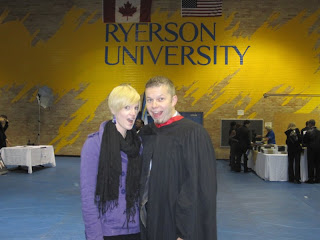 Posing with his lovely wife the in the gymnasium where refreshments were being served. 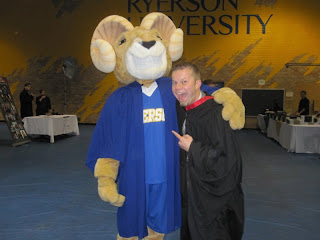 Posing with the Ryerson mascot, the Ram. We wondered if there were other universities that had their mascot show up at graduation ceremonies. 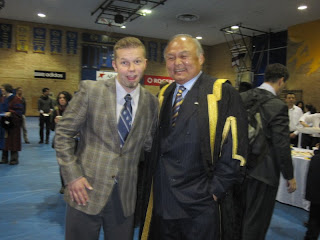 Here he is with the Chancellor, G. Raymond Chang. 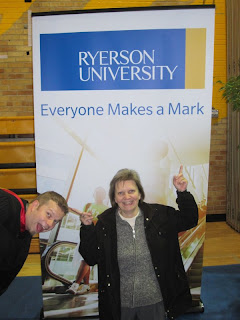 And lastly, I was instructed to pose under this sign.
However, not everyone makes a Mark. Some make a Brian, or a Tom or a Hugh, - you get the picture... It was Mark's bit of humour.
Posted by Dolores