I have been absent from the blog, but for a very good reason. Once again, I have been in Kent, England visiting my daughter and her family. 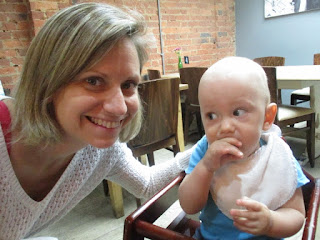 My daughter Ayla and her son, Atticus. 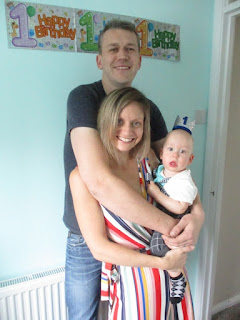 I was visiting to celebrate little Atticus' first birthday. I was there when he was born 11 weeks prematurely. It was a very scary time but he's doing very well now. 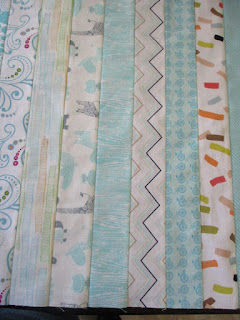 Just before I left, I was busy working on this little quilt. 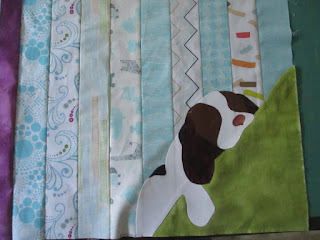 Ayla has an English Springer Spaniel and wanted a small quilt for Atticus to use as a blankie. She saw the Spaniel as part of a bigger quilt by Karen Brow at Java House Quilts. 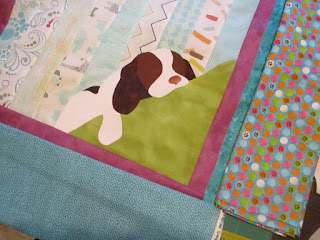 Once I enlarged the little dog, I auditioned borders and for some reason, everything came together quickly. 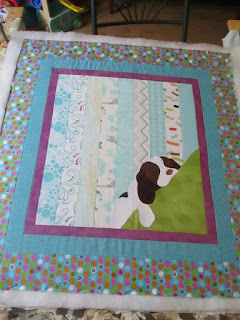 I stretched it on my smaller boards and started quilting it. 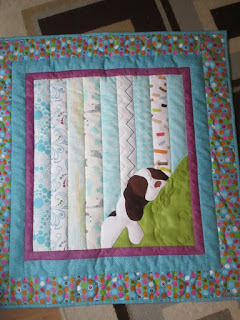 I kept the quilting simple. There are circles and half circles in the outer border. 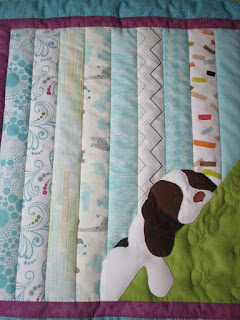 The background was just quilted in the ditch. 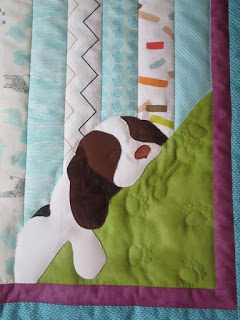 I knew I had a template or stencil for animal paws and a dog bone. It was in my sewing room and when I went to look for it, it almost jumped off the shelf and into my hands. 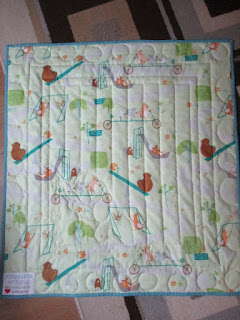 This is the backing fabric I bought specifically for this quilt. It was purchased several months before I knew exactly what the front of the quilt was going to look like. 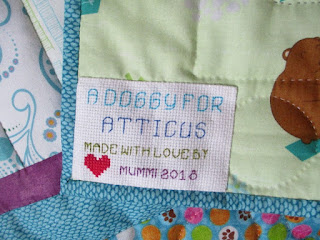 The quilt label - embroidered on Aida cloth. You can see the circle quilting I did for the outer border. 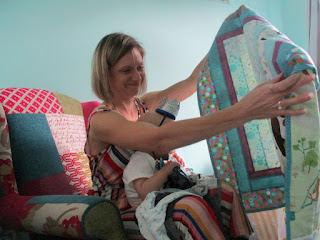 My daughter was totally surprised. She had no idea I was busy working on this quilt just before leaving. 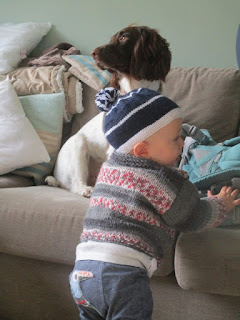 Here's their English Springer Spaniel, Vixen. She's so good and patient with Atticus.

I still have more quilt show photos so I shall post them in the next day or two.
Posted by Dolores 7 comments: