It has begun. My kitchen is being demolished. 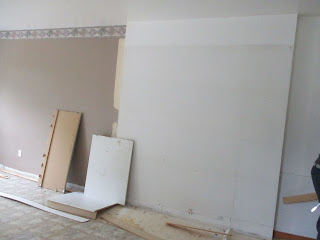 The white wall had tall cupboards. 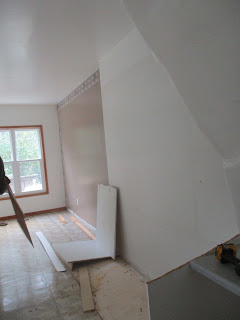 There's lots of light coming in. 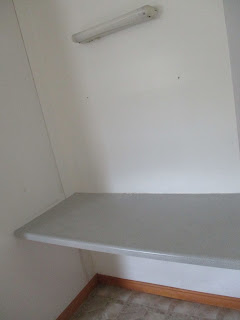 My children didn't like my desk and thought it was just a catch-all. I always thought it could have been used to do homework but it never was. 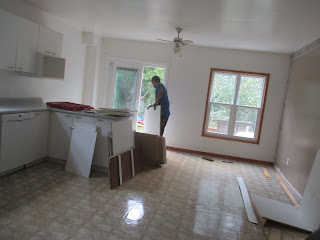 It all went out the back door. 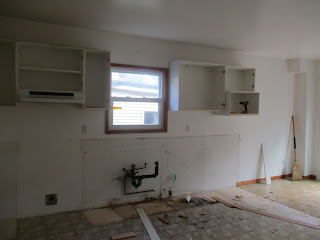 The peninsula is gone (but it will come back.) The microwave will be moved. It was always in an awkward spot. There will be less cupboards. 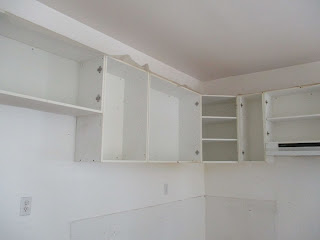 These will be gone. 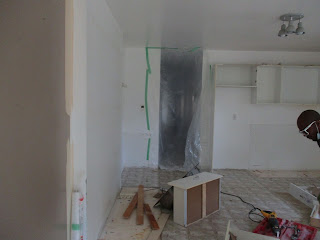 The lighting will be potlights and pendant lights over the peninsula. The flooring will be removed. You can tell by the floor where the tall cupboards used to be. All gone and not coming back. It will be a big kitchen with lots of wall space.
Posted by Dolores 4 comments:

I had to update some items that I made years ago. I had the fabrics, the pattern was oh so easy but I lacked initiative and time. 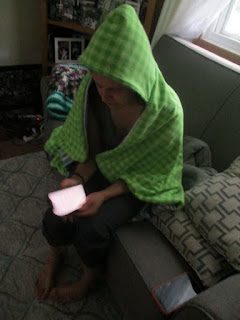 My twin granddaughters turned 7 last month and they had needed bigger hooded towels for a couple of years now. 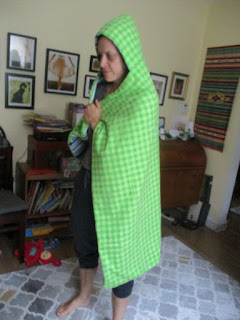 My daughter Maili agreed to model them for me since the girls are not allowed to have their photo on social media. 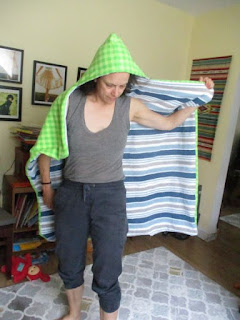 These were birthday gifts but not total surprises since I had them choose the flannel and the towel that they wanted. This one was Mackenzie's choice. 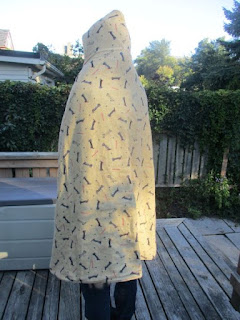 This is the flannel that Severn chose. 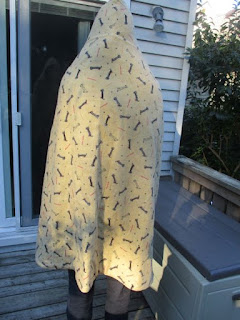 They are long on the girls but not quite floor length. 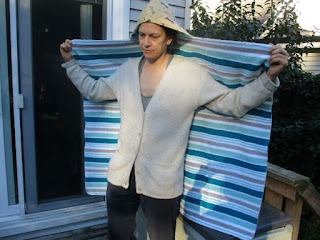 Severn had first choice of fabrics and she chose this turquoise colour towel. Her favourite colours are actually pink and purple but I didn't have any. 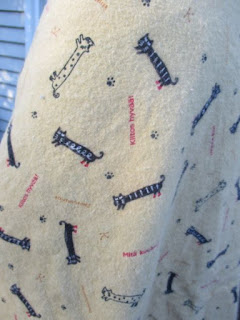 I purchased the flannel a couple of years ago in Stratford, Ontario when my husband and I were travelling around collecting patterns for Row by Row. 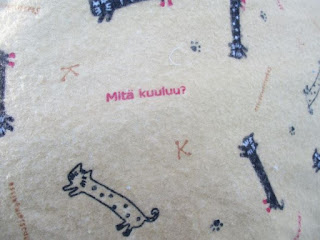 This was in Fabricland and the words are all Finnish words. That's the reason I bought it - my heritage is Finnish. Severn chose the flannel because she likes cats. I also have a smaller piece of the same fabric but with a pink background. It just wasn't enough for the whole hooded towel. On hindsight, I could have made the hood part in pink. Oh well.
I did make one for their cousin Teemu since he was in need of a bigger one but I forgot to take photos.
Posted by Dolores 3 comments: 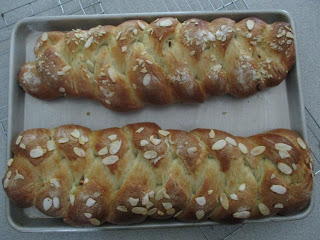 These are two of four loaves I made.

We had our big feast yesterday and the day was perfect. Family time. Lots to eat - outdoor style since my kitchen is being renovated.