Continuing on with my busy busy sewing and knitting. 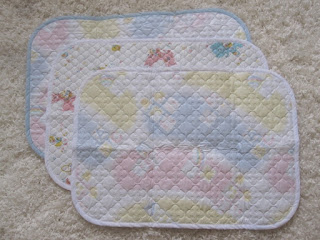 I forgot to take photos of the first set of change pads I made so here's the second set. 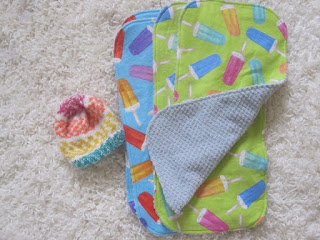 More burp cloths and another hat. The ice cream flannel was leftover pieces from pajamas I made for my two oldest grandchildren. 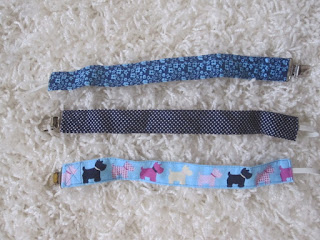 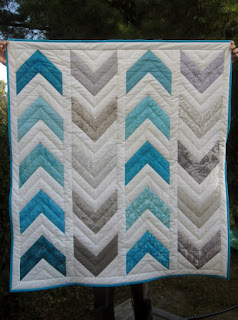 The second quilt I made. Same pattern as the first just a different colour combination.

It's been an absolute joy to create these items. I have more things to make but they shall be for Christmas.
Posted by Dolores 6 comments:

With two new little ones on the way in the next couple of months, there has been a flurry of excitement and of course, to celebrate the impending births, baby showers have taken place. I haven't posted in a while because I have been busy sewing and knitting. Now that the celebrations have taken place and the new future mom's have received their gifts, I can show you something of what I have accomplished. 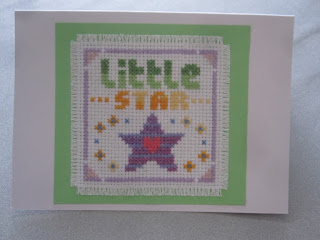 First off, a gift can't be given unless there is a card attached. I have always made a cross stitched card to go with the gift for a newborn grandchild. This particular design was found in a summer issue of the Cross Stitcher magazine. I came upon it just at the appropriate time - when I was searching for new baby cross stitch patterns. I had tried free patterns online but didn't really like any of them. 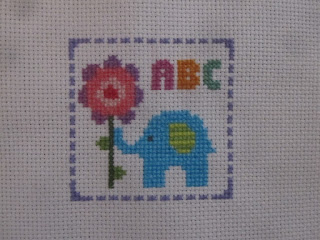 Here's another one out of the same magazine. The library had some very nice cross stitch card pattern books too and I hope to be able to use some of them in the future. 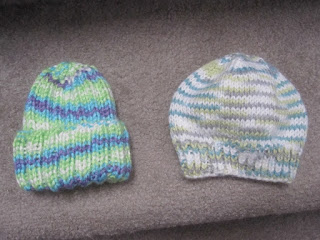 Several little hats were knitted. I love making them with variegated yarn. you never know how the pattern is going to end up. I have been asked by one of the future dads if there is a matching one for him. Perhaps when I have a bit more time I can whip one up in an adult size. 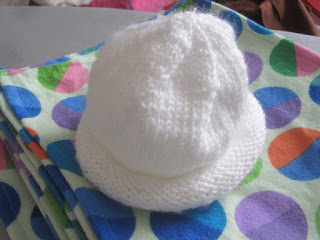 Another little hat sitting on a pile of burp cloths. 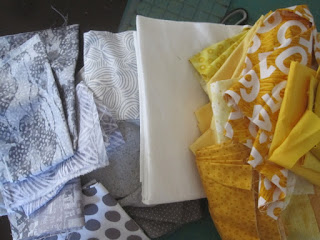 This pile of fabrics that I was auditioning became a baby quilt for the next one due next month. 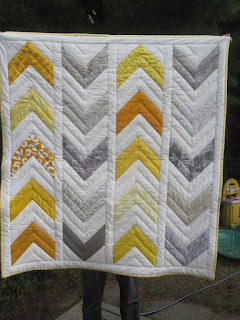 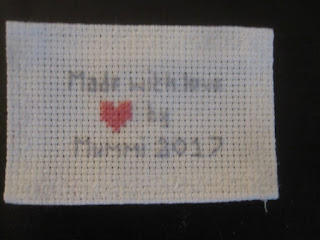 And here's the label. My Kenmore has not been well and doesn't seem to be able to produce the letter stitches anymore so I have now started to embroider labels.