Just before Christmas I was quite busy. The cookies never got baked because I didn't have time to make them. The festive cookie jars were out but they were empty. There was enough of other things to snack on. I may make some cookies later - or I might not. There are way too many other things to occupy my time with. Here are a few things that got made just before Christmas. 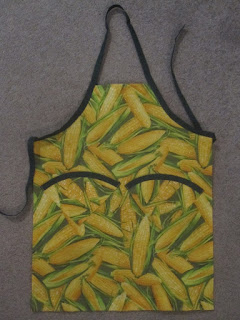 One fat quarter, some extra wide bias tape and little Teemu has his very own apron. He loves corn, by the way. 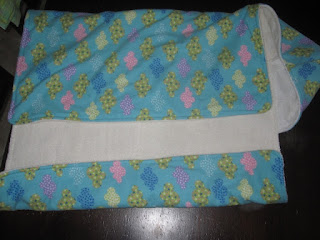 This is a hooded towel. The outer fabric is soft, warm flannel and the lining of course, is toweling material. I bought towels and cut them up because it was less expensive than buying toweling fabric. 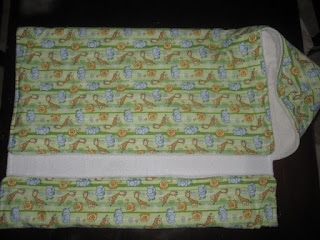 I had a lot of flannel so I didn't have to buy any. 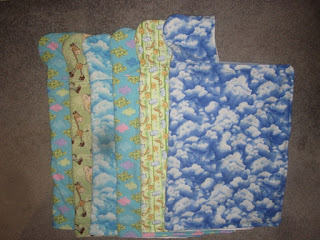 I only had to decide who gets what flannel. I made 6 altogether. 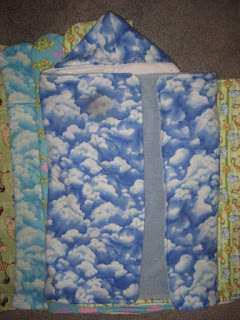 One towel didn't have enough fabric for the whole thing so I used another towel for the hood. They weren't hard to make - just time consuming. A lot of straight stitching. All of them are top-stitched too. 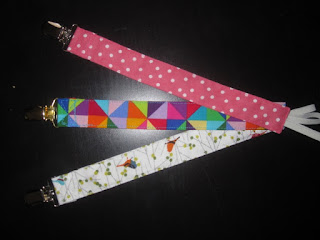 Little Wren needed some soother strings. These were made after Christmas. 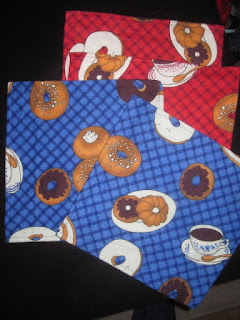 Little Teemu was visiting yesterday and had a runny nose so he would get a tissue but I noticed that under his nose, his lip was red. I had him choose the fabric for his very own handkerchiefs. These are flannel. 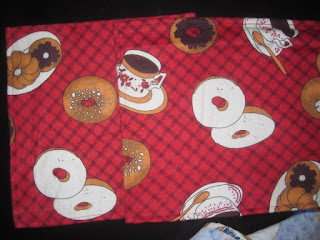 I had some leftover flannel with animals on it but then, when I showed him these, he wanted the doughnuts. So, that's what he got. The flannel is so much gentler and softer for his nose. 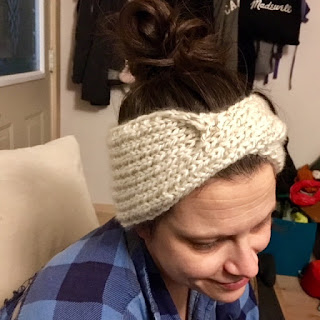 And lastly, my daughter Maili wanted a headband with a twist in the front. 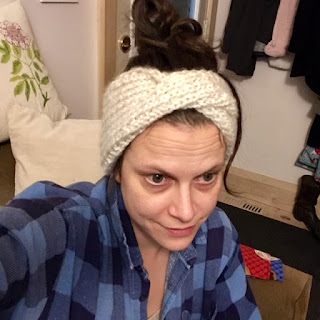 So, I finished this yesterday. It's made from Red Heart's Reflective Yarn. I had made arm bands with the same kind of yarn before but Maili wanted a headband. It shines at night when light hits it so if she is out walking, running or riding her bike, hopefully, she'll be seen.

It's too cold these days to be doing much of anything outside so I'm concentrating on finishing up some projects. We've had some snow too.

I hope everyone had a joyous Christmas with family and friends.
Posted by Dolores