I'm sure it's just around the corner - but which corner? Not here - not yet. 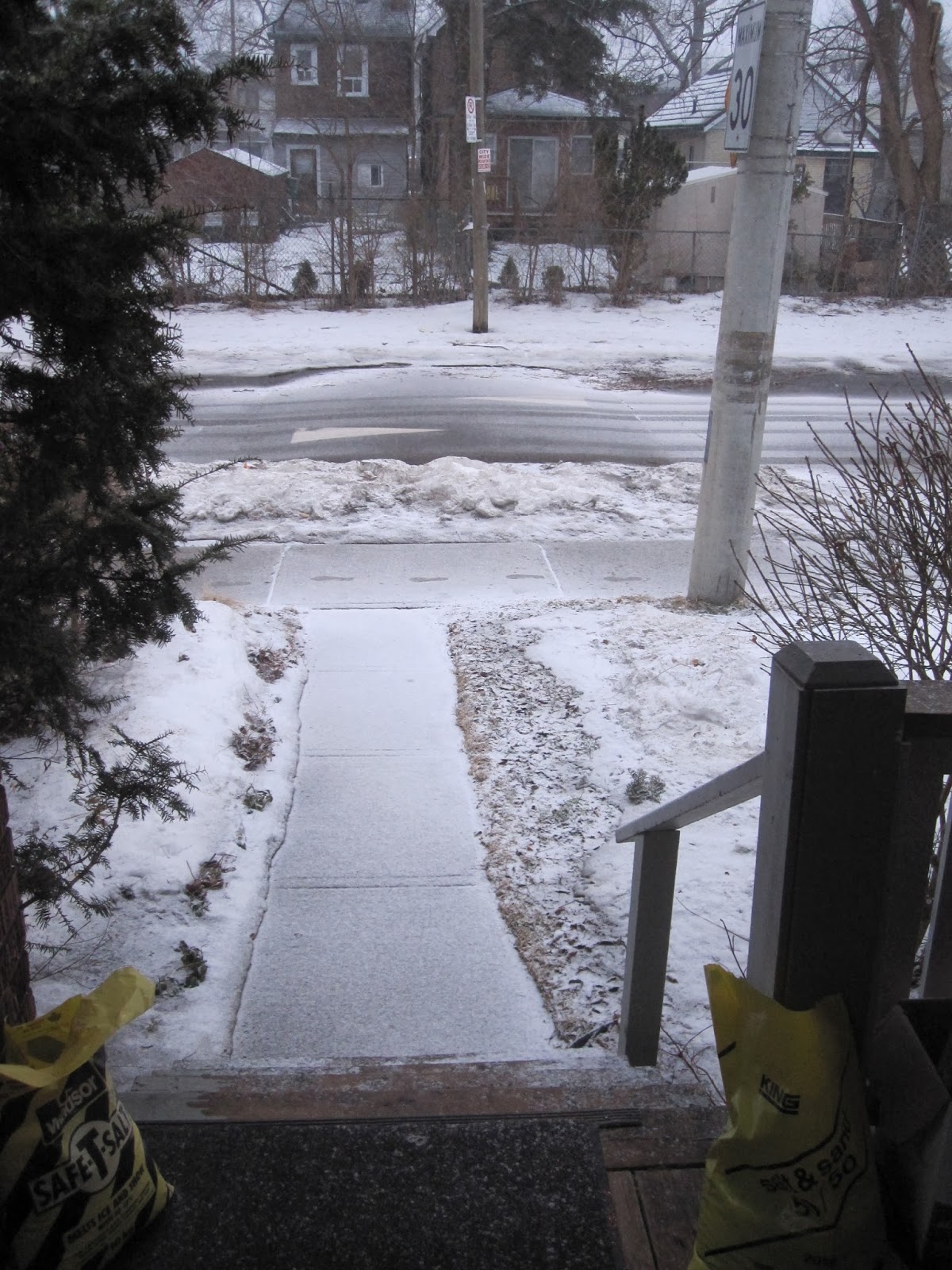 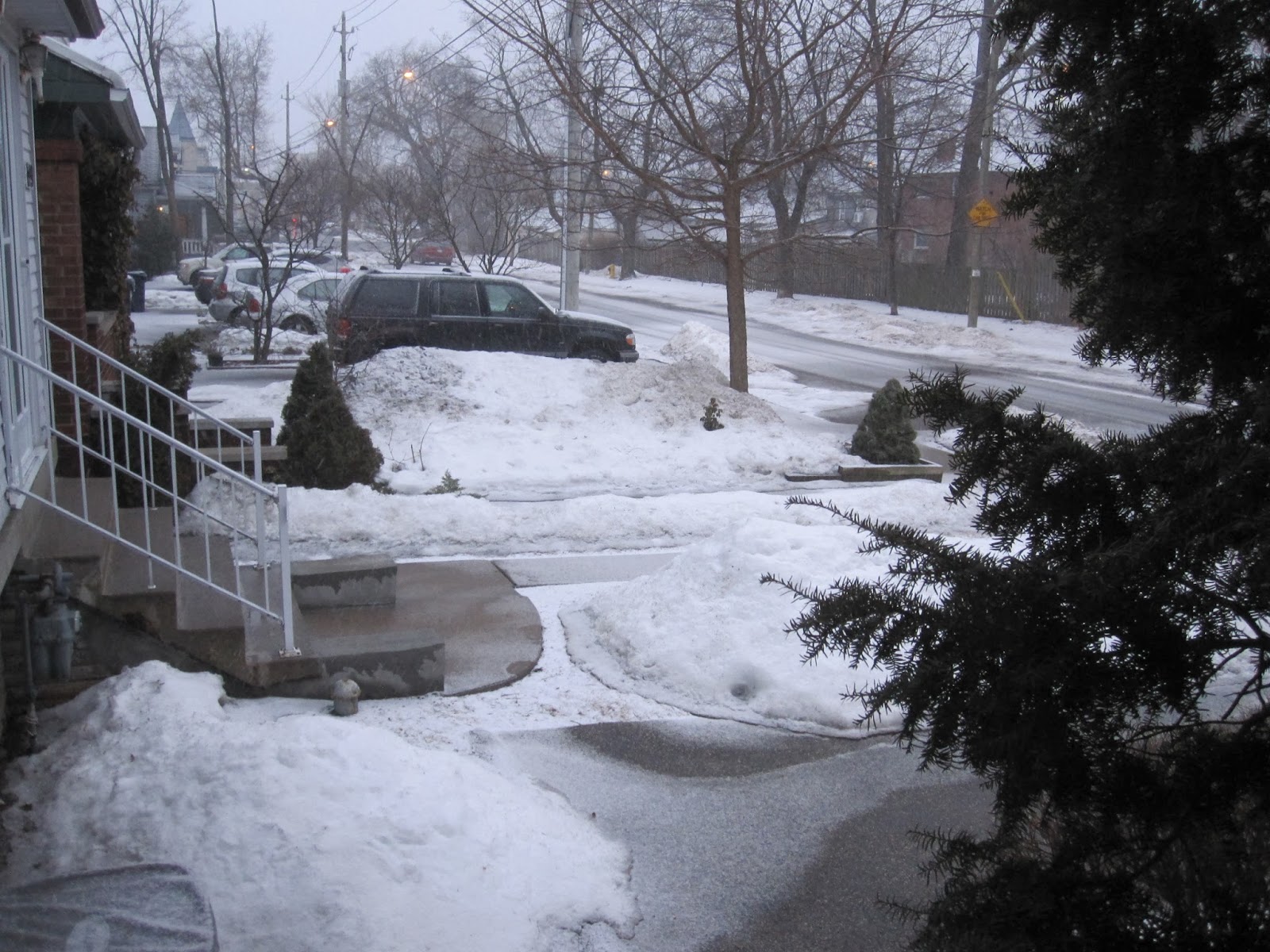 The snow that the weathermen had promised began. 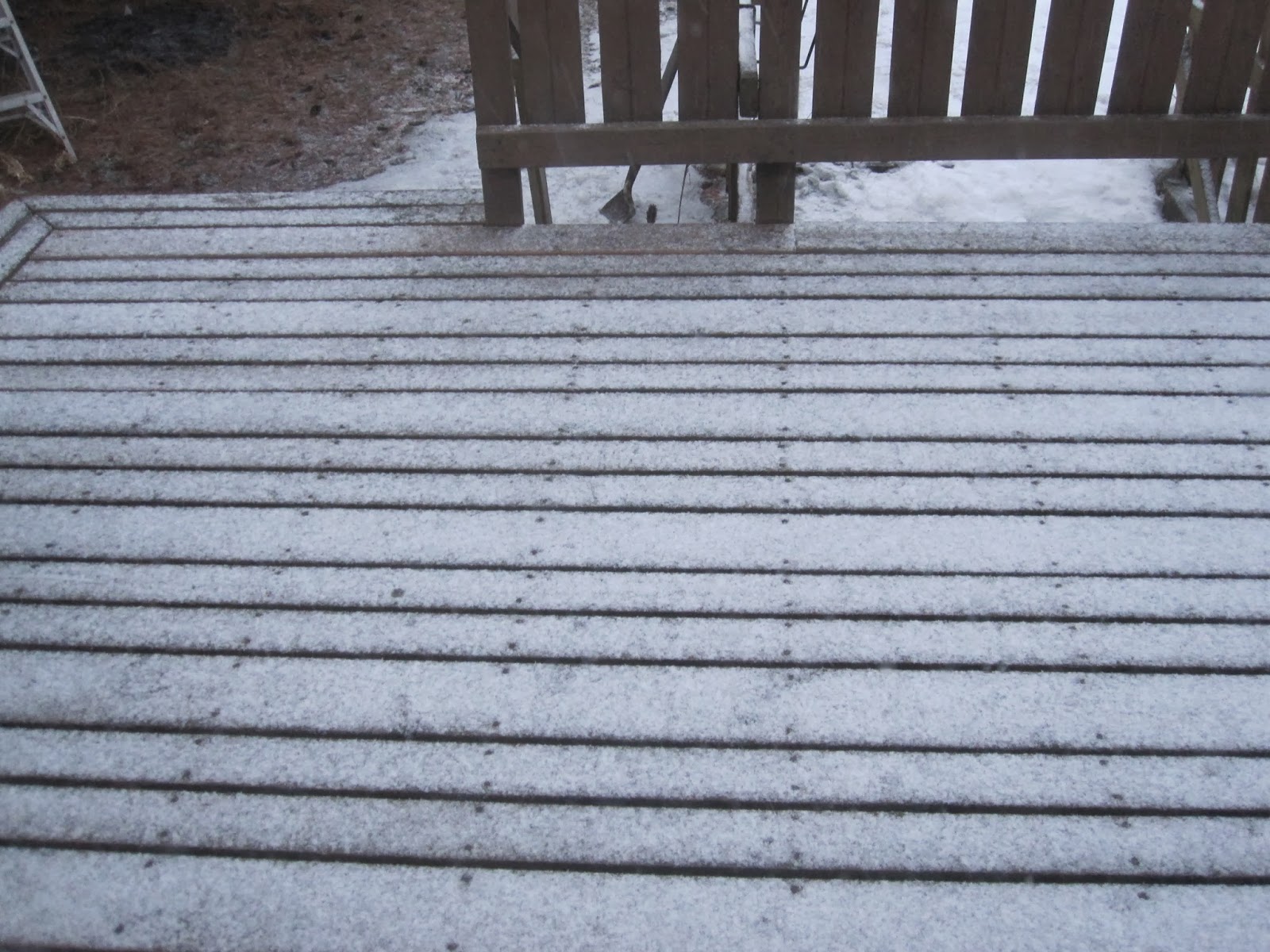 It started with a light dusting. 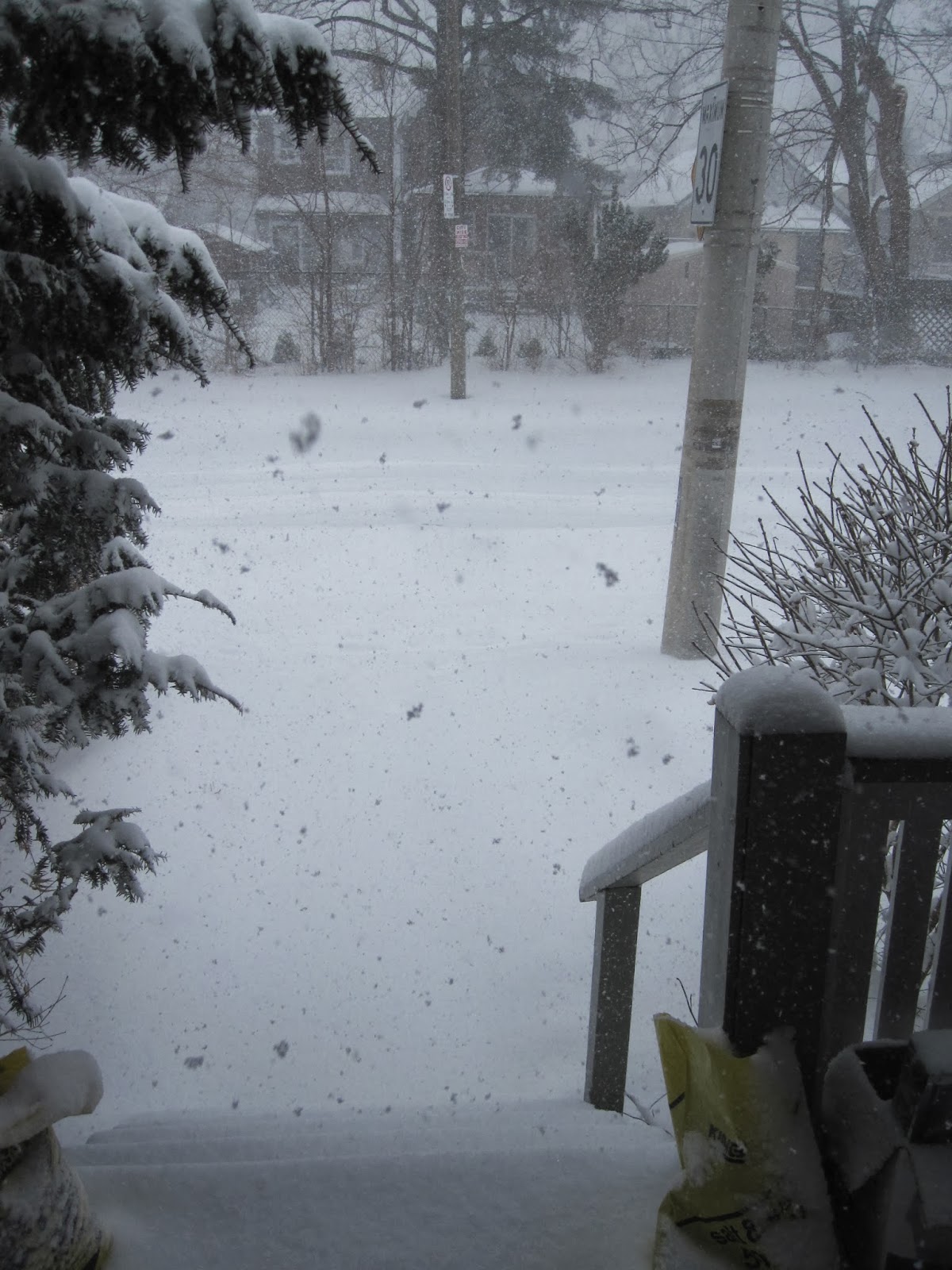 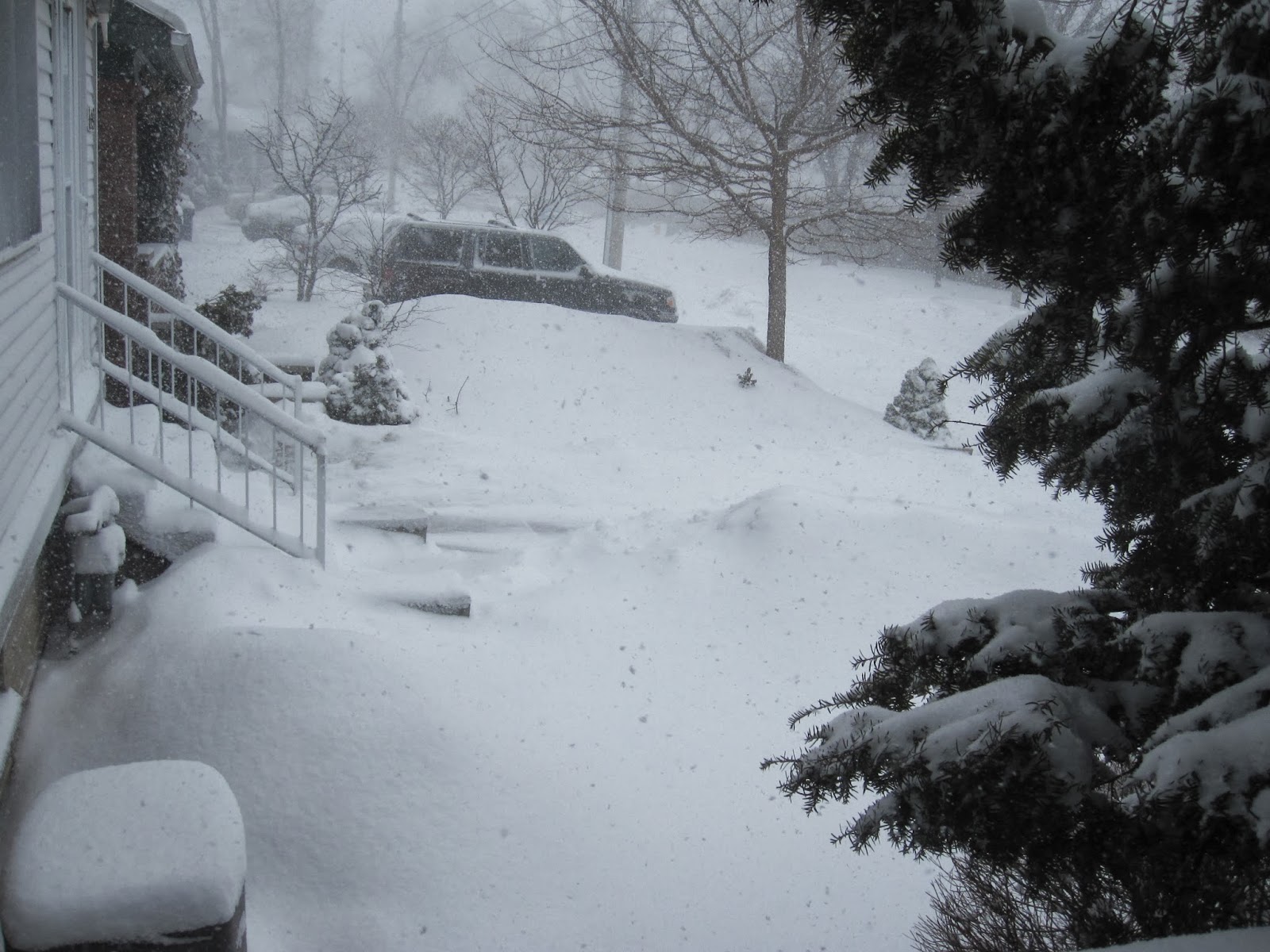 The roads were covered.

It's still coming down and there's more to shovel. At least the children are not at school. It's March break for them but unfortunately, the snow is not packing snow so that means no snowmen.
Unfortunately, a quilt guild meeting got cancelled tonight. Too bad since I live right around the corner from the meeting place and the storm would not have affected me.

If you are affected by this last (hopefully) blast of winter, stay safe.
I shall return with more fabric/sewing/quilting stuff later.
Posted by Dolores