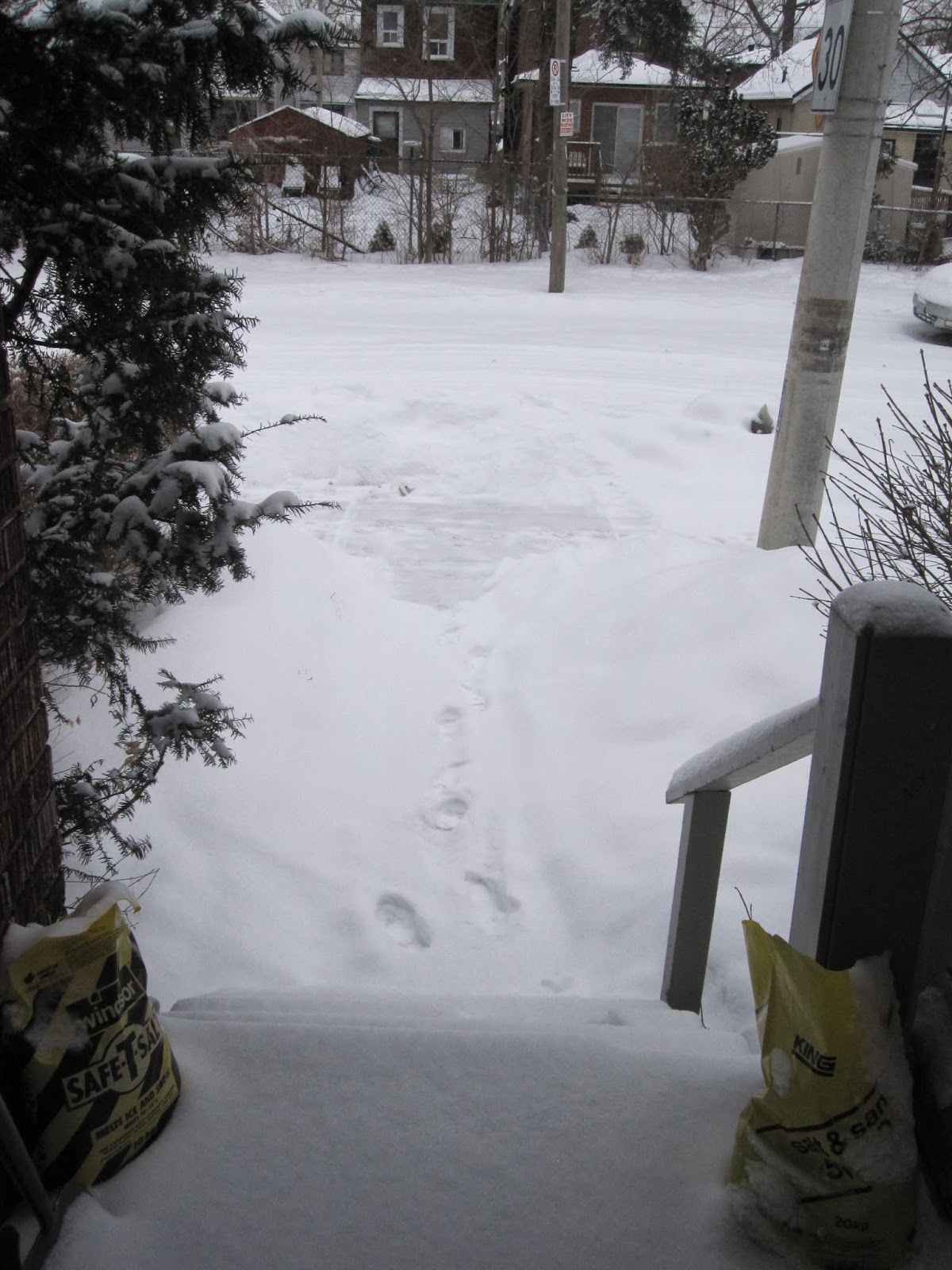 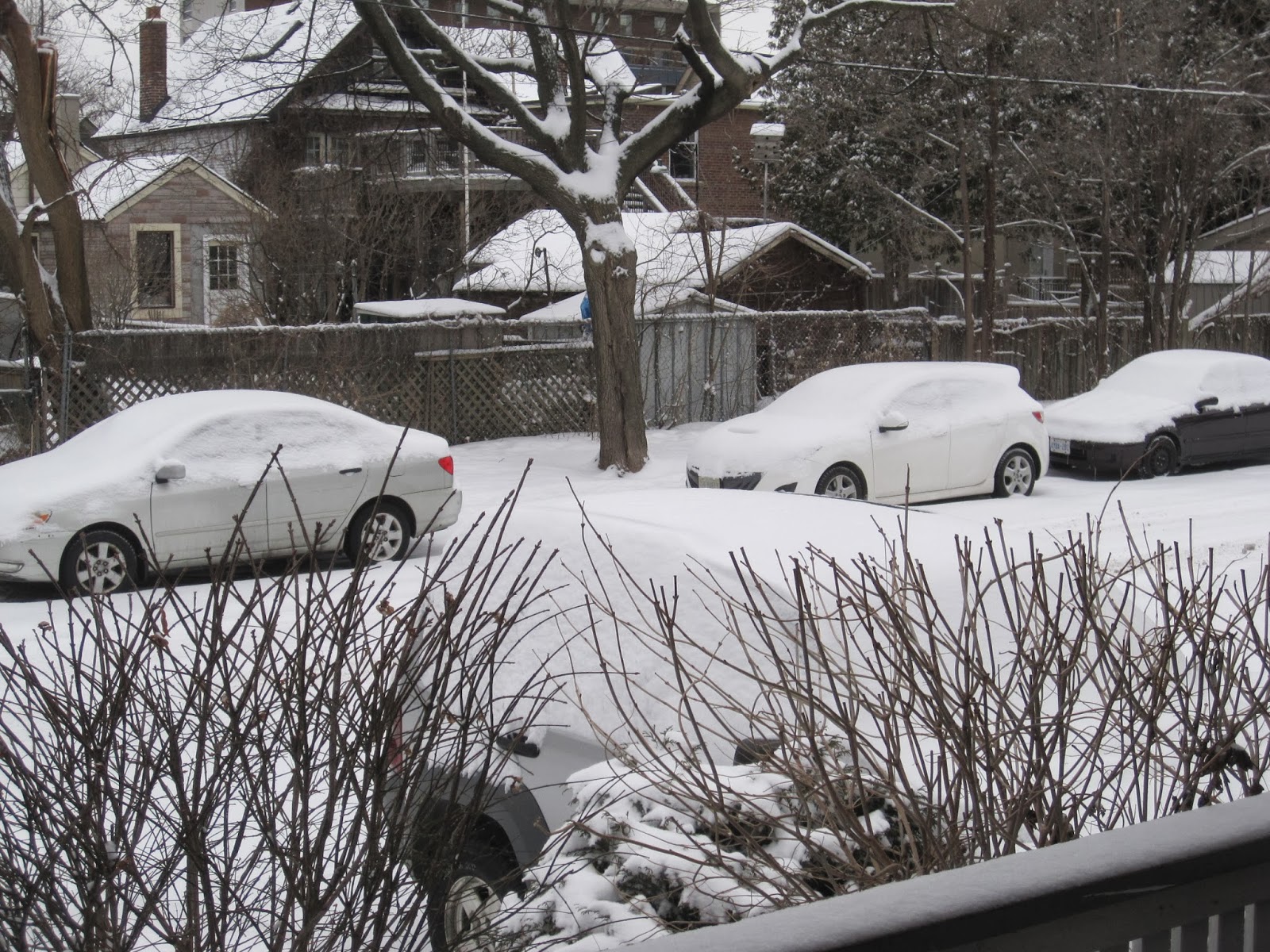 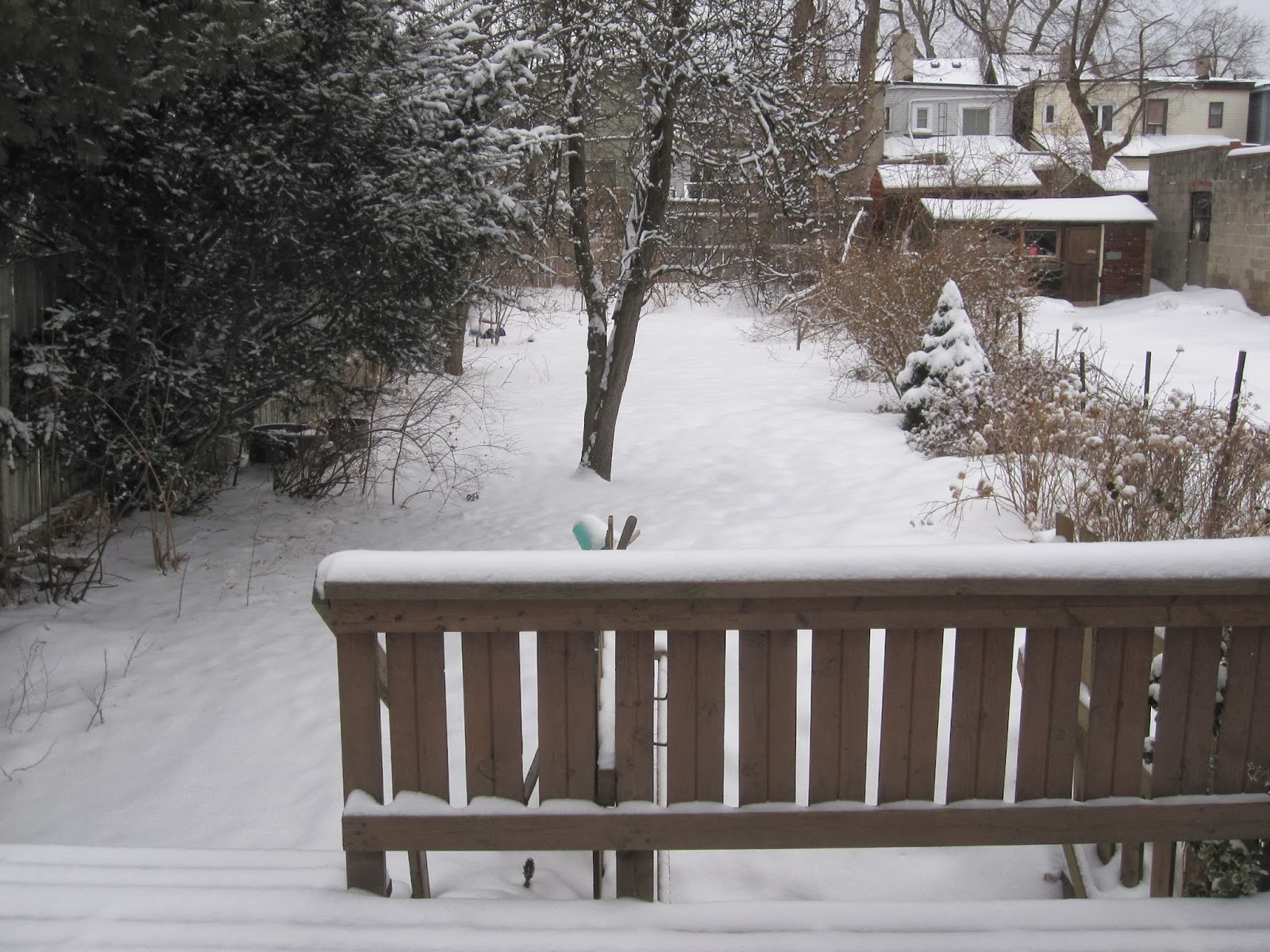 a bit more yesterday. However, it should be above freezing by Friday (3 C). 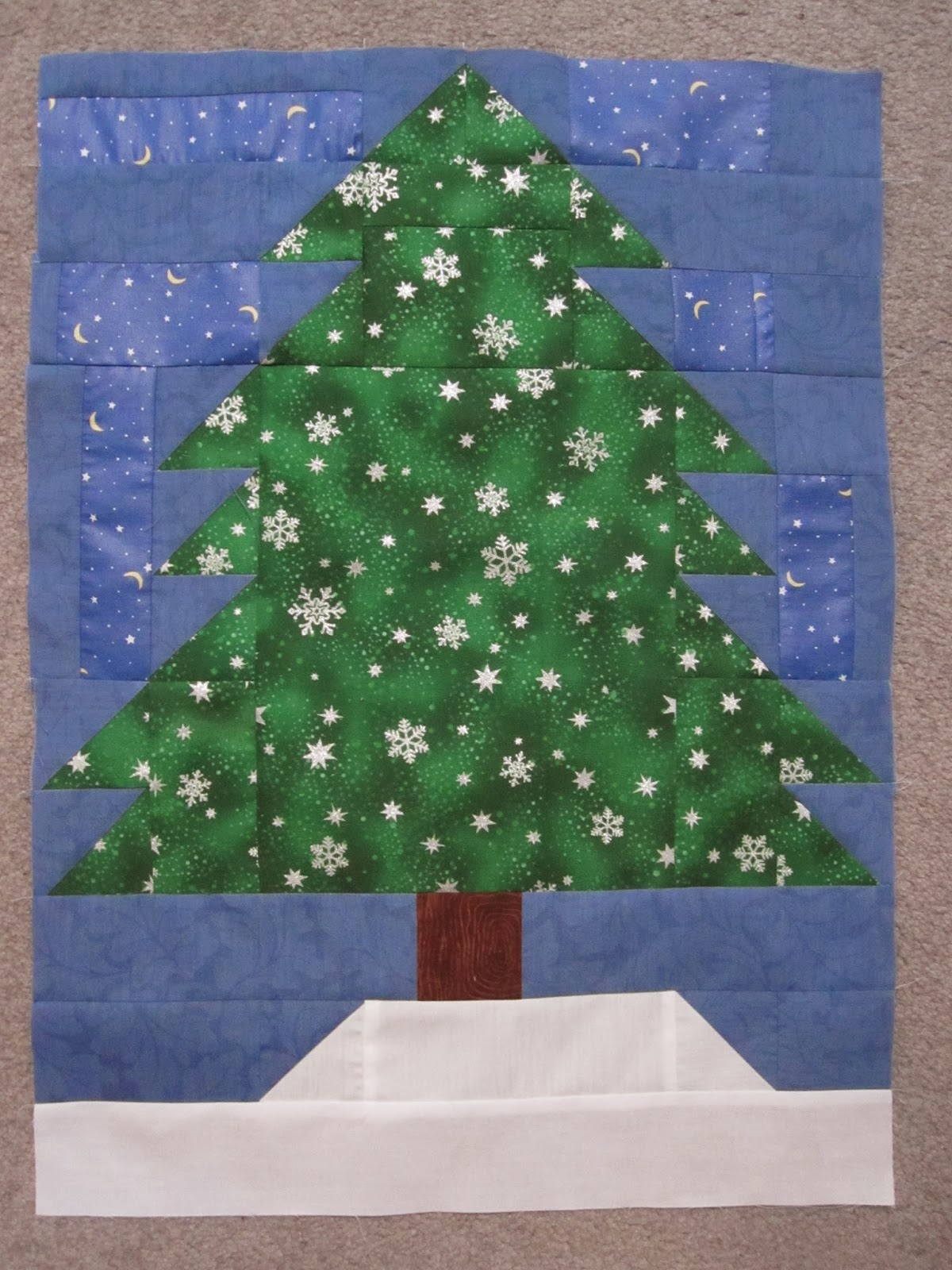 I've done more work on BOMs. This one is from Quilt Doodle. See the button on the right hand frame. It's another big block. I now have no more useable blue background fabric with the moon and stars. I found a close match that is almost a solid. It does have a pattern but it's muted. 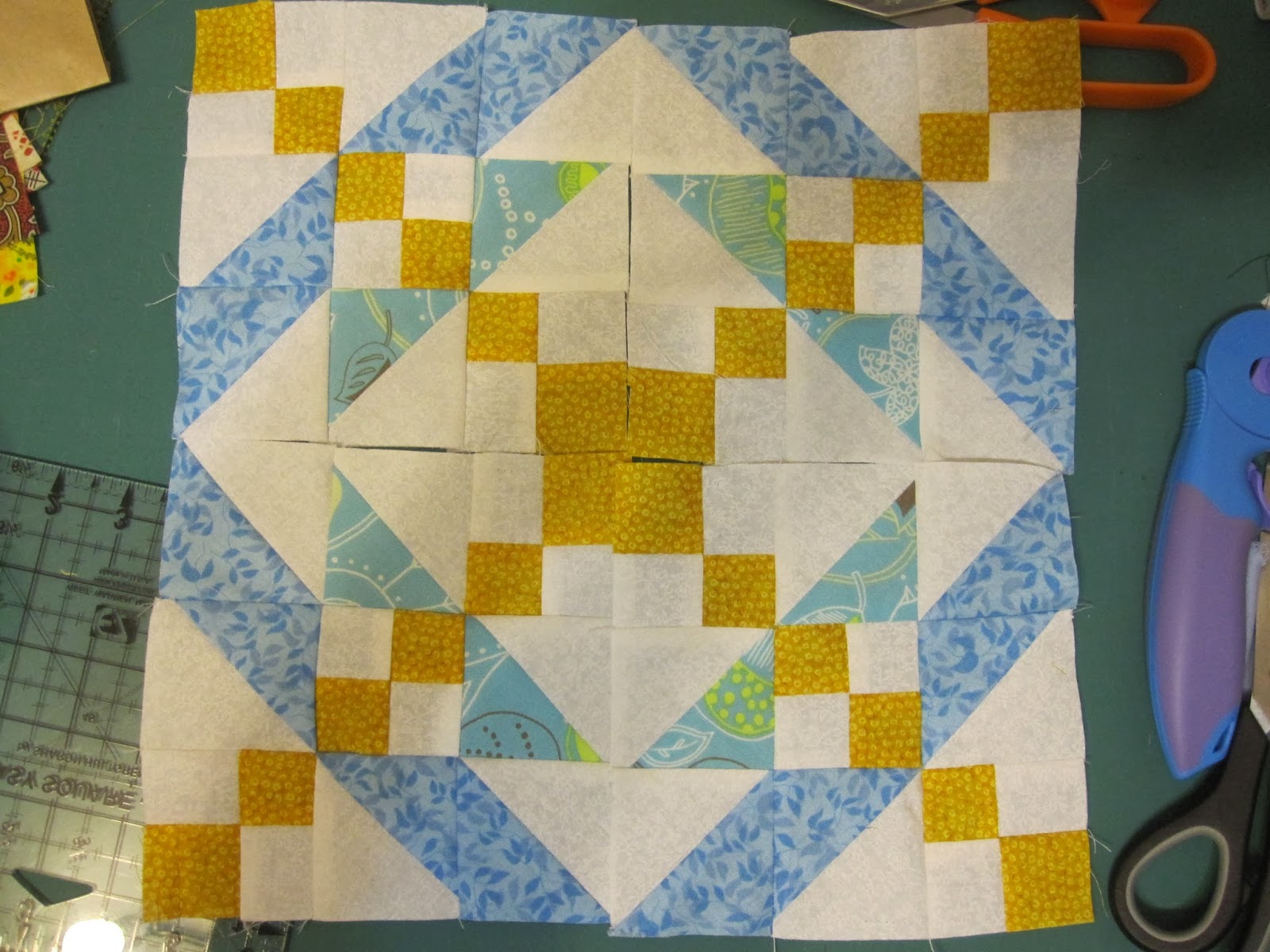 This is the March installment of Cathy's Carousel BOM. I played around with the settings. 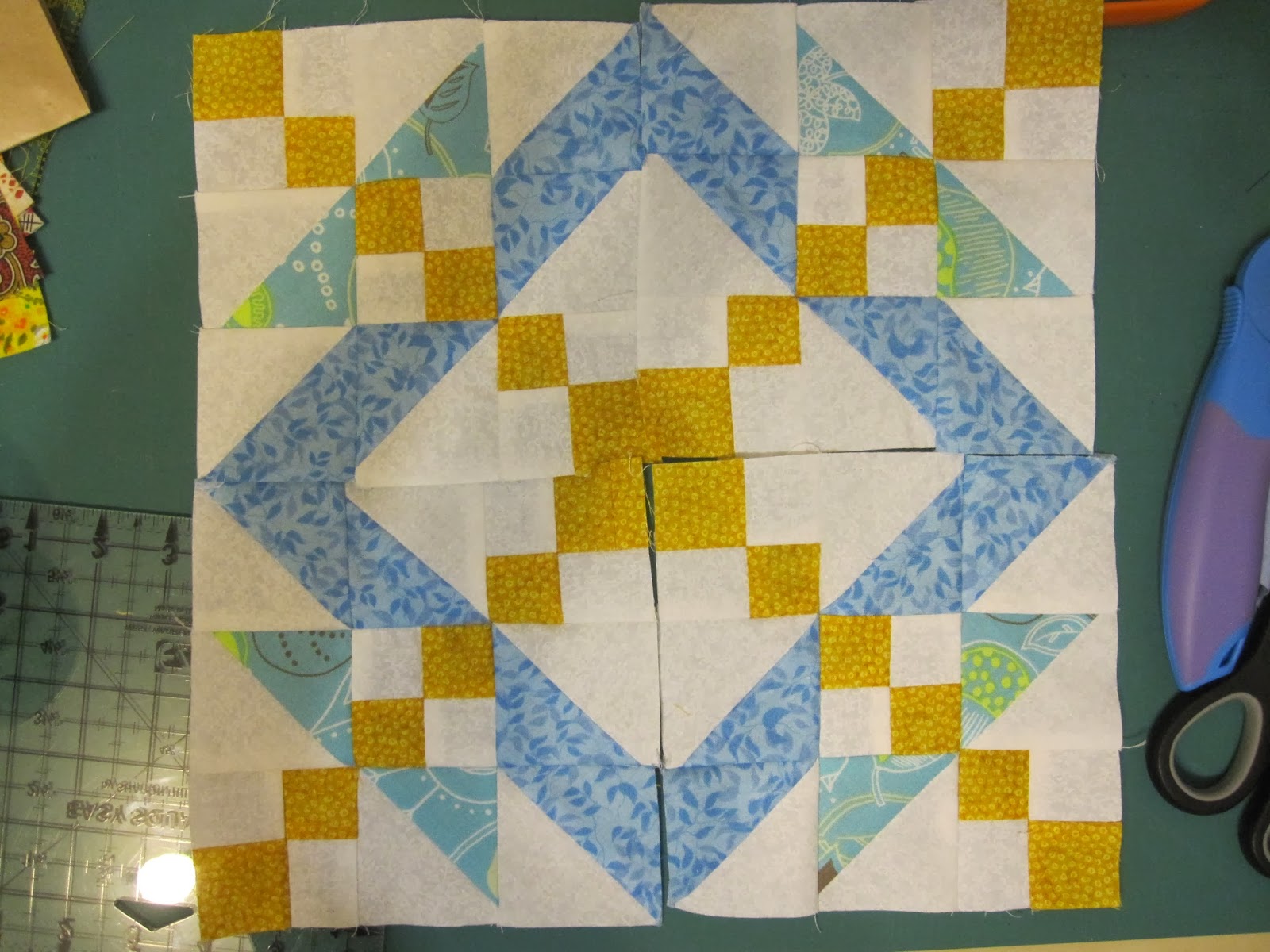 I thought about changing the block but then... 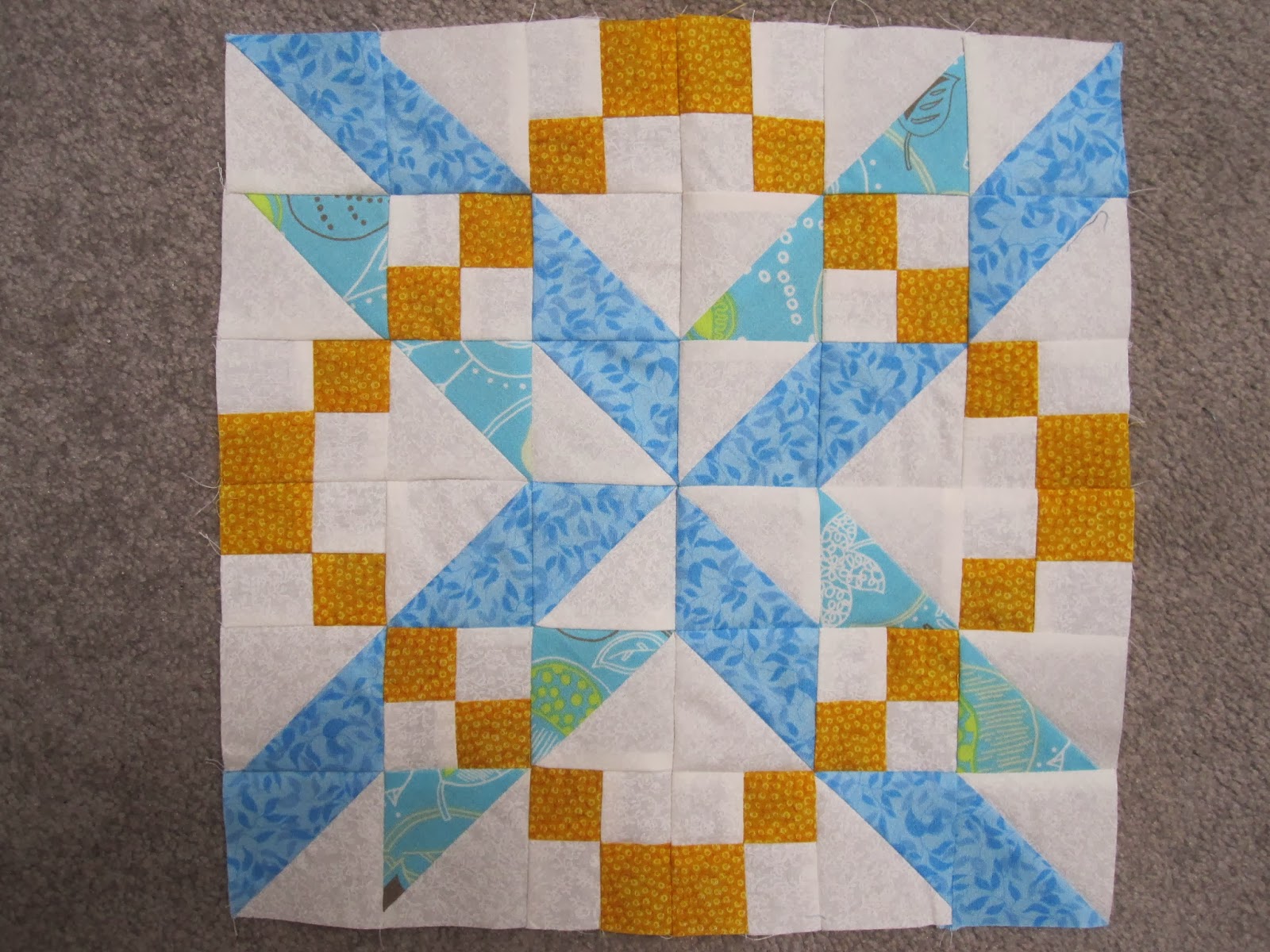 I stuck with the plan - almost. The small squares were supposed to be two different colours set opposite each other. It would make sense if you made a whole quilt but this is only one block. However, as I set the blocks on the floor, I came to the decision that I will be changing the layout of the quilt a bit. 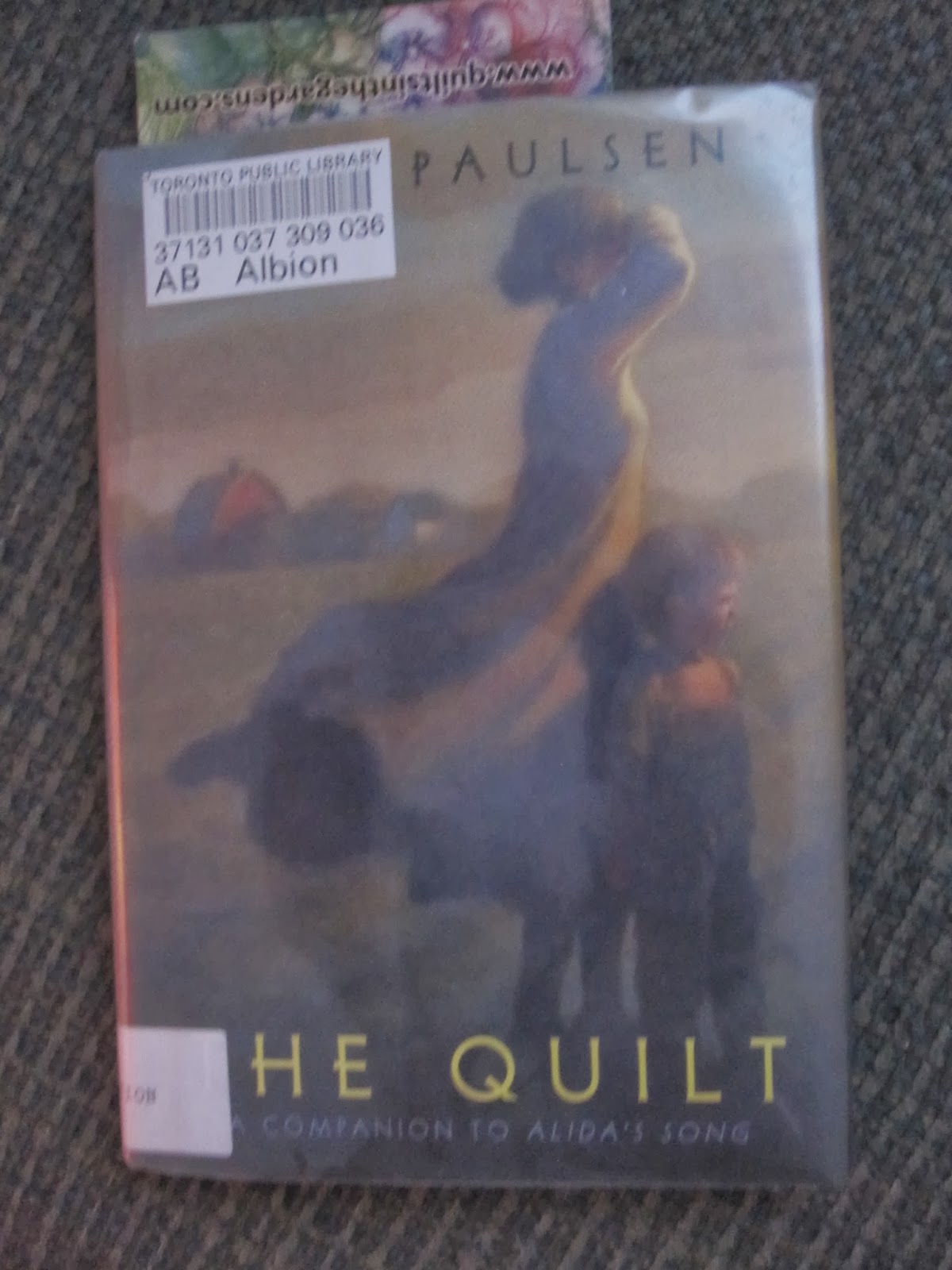 Some of you expressed a review of this book. It's a YA (young adult) book. Not very big - 83 pages. It takes place during the second World War and is about a little five year old boy who spends the summer with his Norwegian grandmother in rural Minnesota. His mom is working in Chicago while his dad is fighting overseas. I found it depressing but there is a lot of love between the grandmother and the boy. The quilt in the title is a large piece of cloth that is added to whenever a member of the community or one of their relatives dies. The women all get together and add to the quilt while telling stories of the one who has passed. I have read other Paulsen books and this one is supposedly based on his own background.

Once again, I am linking up with The Needle and Thread Network and also with What a Hoot!