We all have so many things to do and of course, there are those projects on hold until after the holidays BUT, I have been antsy to do something creative. I found a block of the month that started in October and ....it's Canadian. It's different from the other BOMs out there. The blocks are NOT the same size and there's a variety of techniques to try out.

I took this photo from the site of Mad About Patchwork. Pam is hosting the BOM. I have no idea what fabrics I will be using but definitely something from the stash. Here's the introduction to Cathy's Carousel. 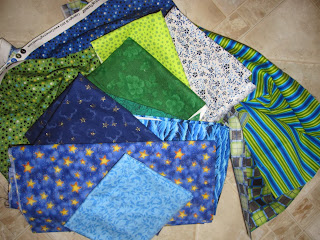 These are just some of the fabrics I picked off my shelves. I'm thinking blues and greens with maybe some yellow and red thrown in for accent. 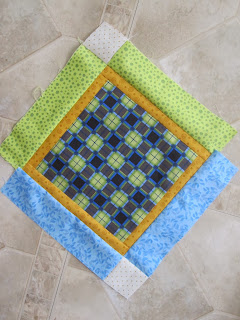 This is just the beginning of part one of Cathy's Carousel. It's the focal point of the French braid. I liked Cathy's version and decided to border my central square too. Here's part one. 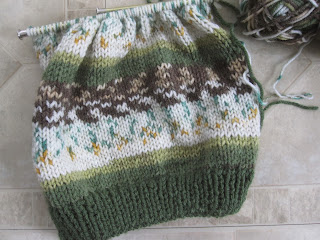 I really want to continue this. It's a pullover but... 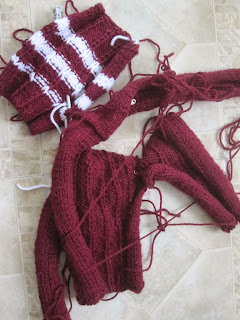 I have told myself that I need to put these pieces together first. I started it a year ago - not for anyone in particular. It's a little cardigan. I really don't like putting the pieces together but the shoulders are already done. I know there's not much left to do but it's just one of those things. That's why I gave myself the ultimatum. Nothing continuing and nothing started in knitting until this is put together.

I need to get some floors washed now so that's it for creativity until later...

I'm linking up with The Needle and Thread Network. Pop on over.
Posted by Dolores